Kaash Paige is an American R&B singer and songwriter who has released singles like “Love Songs,” “Sobriety,” “Happy Song,” and “Heartbreaker.” Her debut project, Parked Car Convos (2019), was released by Def Jam Recordings and Se Lavi Productions. She has appeared on top playlists for both Apple Music and Spotify. 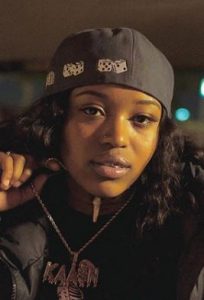 Kaash Paige Facts:
*She was born on January 8, 2001 in Dallas, Texas, USA.
*Her parents divorced while she was still in high school.
*She started making music as a child.
*Her 2018 single “Love Songs” peaked on Spotify’s Global Viral Chart.
*Her 2019 single “Happy Song” was produced by Zeeky Beats.
*In October 2019, Paige performed in New York City.
*She has the number “777” tattooed to her neck.
*Visit her official website: www.kaashpaigemusic.com
*Follow her on Twitter, YouTube, SoundCloud, Facebook and Instagram.