Suzain Fatima is a Pakistani actress. She is best known for television roles such as Fatima in Meri Maa and Mehru in Behnein Aisi Bhi Hoti Hain. She has also appeared in Dil Tamanna aur tum, Bannjh, Paanch Saaliyan, Parwaaz, Bari Bahu, and Ghareeb Zaadi. In 2015, Fatima hosted the second season of Haan Qabool hai on ATV Pakistan. As a model, she has appeared in campaigns for many commercials such as Olpers, Dawlance, Mobilink Jazz, Askari Bank, and Knorr. 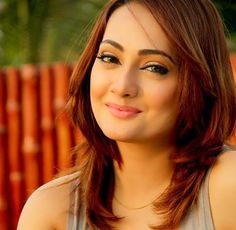 Suzain Fatima Facts:
*She was born on November 16, 1986 in Karachi, Pakistan.
*She earned a master’s degree from Iqra University.
*She started her professional career in 2004.
*She was the winner of the 3rd season of the reality show Desi Kuriyan.
*Visit her official website: www.suzainfatima.com
*Follow her on YouTube and Instagram.