Kamala Devi Harris, born October 20, 1964, is an American attorney and politician who was the first African-American and first woman to serve as Attorney General of California and the second African-American woman to be elected to the United States Senate in history. Kamala was born in Oakland and raised in Berkeley. She is the daughter of a Tamil Indian mother, Dr. Shyamala Gopalan Harris, a breast cancer researcher, and a Jamaican-American father, Donald Harris, a Stanford University economics professor. She has a sister named Maya Harris, MSNBC political analyst. Kamala has been recognized many times for the excellence of her work. Throughout her career, Kamala has made youth and children a priority. She stands tall at height of five feet and two inches. Besides that, Kamala is also active in Facebook, Instagram and Twitter. 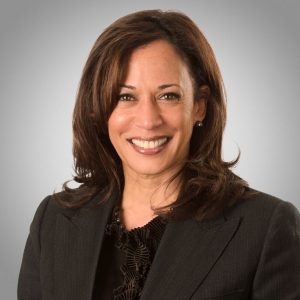 Kamala Harris Facts:
*She is a member of the Democratic Party, and served as the 32nd Attorney General of California.
*She was previous the District Attorney of San Francisco where she helped create a special Hate Crimes Unit.
*She was named one of Time Magazine’s 100 Most Influential People in the World in 2013.
*Her name “Kamala” means “Lotus Flower” in Hindi.
*Follow Kamala on Twitter, Facebook and Instagram.