Kanye Omari West, better known simply as Kanye West, is an American rapper, record producer, songwriter, entrepreneur, and fashion designer. He is one of the most successful artists in Grammy Awards history. He has received 21 Grammy Awards. Kanye West was born in Atlanta, Georgia, to Ray and Donda West. He has been married to reality star Kim Kardashian since 2014. They have two children: son, Saint, and a daughter, North. 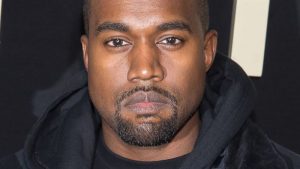 Kanye West Favorite Things:
Food: Soul Food
Band: Scottish rock group Franz Ferdinand
White Girl: Scarlett Johansson
Color: Kanye says he doesn’t have any favorite color, but when he will have one, it will not be white
Clothing: Louis Vuitton
Shoes: Louis Vuitton, Nike Air 180s
Artist: Kid Cudi
Movie: Coming to America (1988)
Rapper: He himself is his favorite rapper (He once had given a speech at Grammy Award Function)
Album of All Time: Bizarre Ride II the Pharcyde

Kanye West Facts:
*He is the only child.
*His parents divorced when he was 3.
*His mother was a former English professor at Chicago State University.
*With his mother, founded the “Kanye West Foundation”in 2003.
*He has won a total of 21 Grammy Awards as of 2017.
*He was ranked the 3rd top producer of the decade in 2010 by Billboard.
*Mother, Donda West, died on November 10, 2007 from complications of surgery.
*Follow him on YouTube and Myspace.