Kara Tointon is a British actress, best known for her portrayal of Dawn Swann in the BBC soap opera EastEnders from 2005 to 2009. She won the 2010 series of Strictly Come Dancing with dance partner Artem Chigvintsev. From 2015 to 2016, Tointon starred as Rosalie in the British period drama Mr Selfridge. She also appeared as Maria in the ITV live production of The Sound of Music Live in December 2015 alongside Julian Ovenden as Captain von Trapp. Tointon’s other notable works include The Halcyon, Let’s Be Evil, The Sweeney, Last Passenger, Harry and Cosh, and Teachers. Born Kara Louise Tointon on August 5, 1983 in Essex, England, to Carol and Ken Tointon, her younger sister Hannah is also an actress. She was educated at St Michael’s School, Leigh, and St Hilda’s School, Westcliff-on-Sea, Essex. She made her stage debut in the role of Brigitta in a production of “The Sound Of Music” at the Cliffs Pavilion. In April 2017, she began dating Notting Hill-based chiropractor Marius Jensen and engaged in March 2018. They have a son together. She was previously in a relationship with dancer Artem Chigvintsev from December 2010 to July 2014. 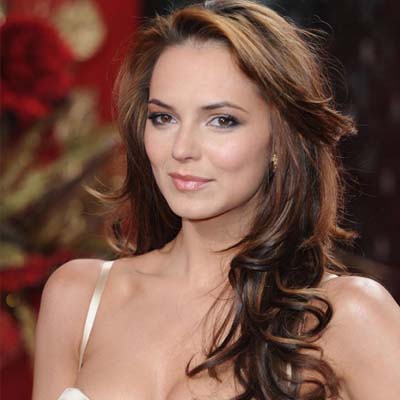 Kara Tointon Facts:
*She was born on August 5, 1983 in Essex, England, UK.
*She began her acting career at the age of 7.
*She and Artem Chigvintsev won the 2010 series of Strictly Come Dancing.
*In 2009, she modeled for Michelle for George underwear.
*She was diagnosed with dyslexia when she was seven years old.
*She is close friends with EastEnders (1985) co-star Lacey Turner.
*Follow her on Twitter and Instagram.