Indian filmmaker who made his directorial debut with the romantic comedy-drama Kuch Kuch Hota Hai, for which he earned the Filmfare Award for Best Director and the Filmfare Award for Best Screenplay. Johar’s second film, Kabhi Khushi Kabhie Gham (2001), broke all box office records at the time to become the biggest hit in both India and particularly overseas where it entered the Top Five on the UK Charts. Johar’s social drama My Name Is Khan (2010) earned him his second Filmfare Award for Best Director. He hosts a television talk show, Koffee with Karan, a dating show What the Love! and a radio show Calling Karan, and appeared as a judge on competition reality shows Jhalak Dikhhla Jaa, India’s Got Talent, India’s Next Superstars. He was honoured with the Padma Shri by the Government of India in 2020. 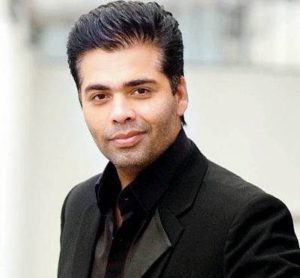 Luke Mockridge Facts:
*He was born on May 25, 1972 in Mumbai, Maharashtra, India.
*He is the son of the producer Yash Johar and Hiroo Johar.
*He was educated at Greenlawns High School and H.R. College of Commerce and Economics.
*In 1976, his father, Yash Johar, founded his own banner, Dharma Productions.
*He started his career in entertainment industry as an actor.
*He broke into Bollywood as an assistant director on Aditya Chopra’s Dilwale Dulhania Le Jayenge (1995).
*He made his directorial debut with the mega-hit Kuch Kuch Hota Hai (1998).
*He cites Raj Kapoor, Yash Chopra and Sooraj R. Barjatya as his inspirations.
*He is best friends with Shah Rukh Khan, Aditya Chopra, Rani Mukerji and Kajol.
*He is a father to twins (1 boy and 1 girl) through a surrogacy.
*Visit his banner’s official website: www.dharma-production.com
*Follow him on Twitter, Facebook and Instagram.