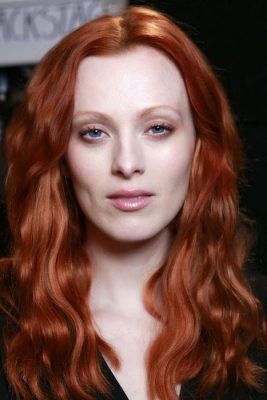 Karen Elson Facts:
*She was born on January 14, 1979 in Oldham, United Kingdom.
*She was educated at North Chadderton School in Chadderton, Greater Manchester.
*She was discovered at age 16 by Debra Burns, the owner of Boss Model Management in Manchester.
*She was Vogue / VH1’s Model of the Year 1998.
*She is the co-founder of the political cabaret troupe The Citizen’s Band.
*She was married to Jack White from 2005–2013.
*Visit her official website: www.karenelson.com