Katelyn Nacon is an American actress and musician. She is best known for her portrayal of Enid on the AMC horror drama series The Walking Dead. In 2016, Katelyn began playing Elisia Brown in the psychological thriller web series T@gged. Aside from acting, she is also a singer and songwriter. She released her first EP, “Love In May” in 2015 and released her single “Undone” on October 12, 2018. Born Katelyn May Nacon on June 11, 1999 in Atlanta, Georgia, to parents Natalie and Mark Nacon, she has a brother named Chris. She began her acting career at the age of 13 in the film Loving Generously. She made her television in Resurrection. She first gained attention with her role in Adult Swim’s viral video “Too Many Cooks”. 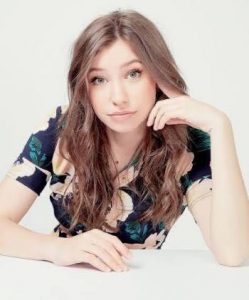 Katelyn Nacon Facts:
*She was born on June 11, 1999 in Atlanta, Georgia, USA.
*She started her acting career at the age of 13.
*She attended many acting workshops, classes, and camps in Atlanta and Los Angeles.
*She released her first EP, “Love In May” in 2015.
*Visit her official website: www.katelynnacon.com
*Follow her on Twitter, Tumblr, YouTube, Facebook and Instagram.