Katheryn Winnick is a Canadian actress. She is best known for the television work on series such as Vikings, Wu Assassins, Big Sky, and Bones. She has also appeared in many films, notably Amusement, Choose, A Glimpse Inside the Mind of Charles Swan III, The Art of the Steal, Polar, and The Marksman. 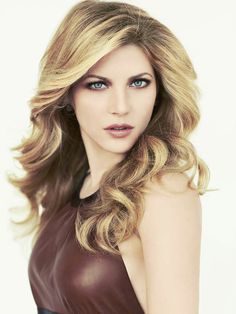 Katheryn Winnick Facts:
*Born on December 17, 1977 in Etobicoke, Toronto, Canada, she is of Ukrainian descent.
*Her brother, Adam Winnick, fought in Afghanistan as a Canadian soldier.
*Her brother, Markjan Winnick, is also an actor.
*She began training in martial arts at age seven, and obtained her first black belt at 13.
*She obtained her degree in kinesiology at York University, Toronto where she taught Taekwondo and self-defense to actors.
*She studied acting at New York’s William Esper Studio.
*She holds a 3rd-degree black belt in Tae Kwon Do, and a 2nd-degree black belt in Karate. She is also a licensed bodyguard.
*She is fluent in English, Ukrainian, French, Russian, and Italian.
*Follow her on Twitter, Facebook and Instagram.