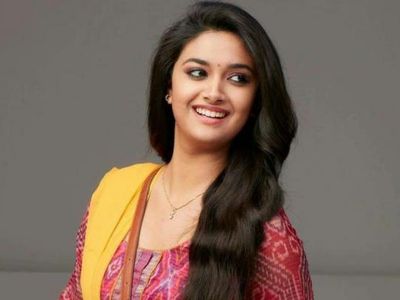 Keerthy Suresh Facts:
*She was born on October 17, 1992 in Chennai, India.
*She is the youngest daughter of producer and director Suresh Kumar and actress Menaka Suresh.
*She began her career as a child actress in the early 2000s.
*She is a huge fan of actor Vijay and Suriya.
*She has a dog named Nyke.
*Visit her official website: www.keerthysuresh4u.com
*Follow her on Twitter, Facebook and Instagram.