Keki Adhikari is a Nepalese actress and model. She is best known for her role as Shruti in the 2012 film I Am Sorry opposite Aryan Sigdel. She has also starred in the films Biteka Pal, Mero Best Friend, Shree paach Ambare and Fanko. For her performance in 2016 film Bhaag Saani Bhaag, she received NFDC Award 2016 for Best actress nomination. She has also appeared in various music videos, television commercials and print ads. Keki was born on December 17, 1989 in Jorpati, Kathmandu, Nepal to Laxmi and Badri Adhikari. She has a younger brother Bimba Adhikari. 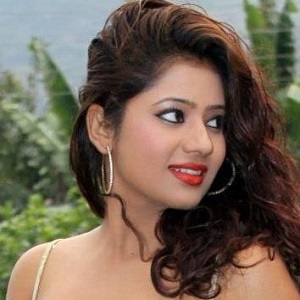 Keki Adhikari Facts:
*She is the elder child of her parents.
*She had her film debut with Swor opposite Raj Ballav Koirala.
*She made her debut in theater with Satyamohan Joshi’s historical play Chaarumati.
*She loves to play Football.
*Visit her official website: www.keki.online
*Follow her on Twitter, Facebook and Instagram.