Kelly Lynch is an American actress and model best known for her role as Dianne in 1989’s Drugstore Cowboy, for which she received an Independent Spirit Award for Best Female Lead. She has played prominent roles in a number of films, including Curly Sue, Virtuosity, Imaginary Crimes, and Three of Hearts. Kelly was born in Minneapolis, Minnesota as Kelly Ann Lynch. She is the daughter of Robert Lynch, a restaurateur, and Barbara, a modern dancer. She married producer and writer Mitch Glazer in 1992. She has a daughter named Shane, born in 1985, from a previous relationship. 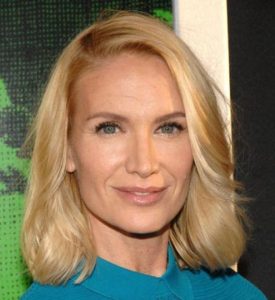 Kelly Lynch Facts:
*She studied under acting teacher Sanford Meisner and became a model for the famous Elite Modeling Agency.
*She began her acting career with a small job at the Guthrie Theater.
*Prior to becoming a model, she worked briefly as an airline stewardess.
*She is the Former John Casablancas model who was discovered on an elevator.
*Follow her on Twitter.