Tatiana Maslany is a Canadian actress best known for her lead role on the Canadian science fiction series ‘Orphan Black’, for which she won the Primetime Emmy Award, the TCA Award, two Critics’ Choice Television Awards, and four Canadian Screen Awards. Her other credits include Diary of the Dead, Eastern Promises, The Vow, and the 2015 film Woman in Gold. Maslany was born September 22, 1985 as Regina, Saskatchewan, Canada in Regina, Saskatchewan, to Renate, a translator, and Dan, a woodworker. She has two younger brothers, Daniel and Michael. She belongs to Ukrainian, Polish, German, Austrian, and Romanian descent. 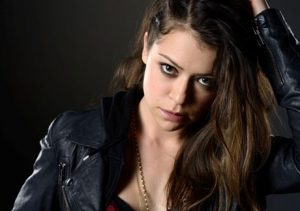 Relationships / Affairs / Boyfriend:
She has been in a relationship with Welsh actor Tom Cullen since 2011.

Tatiana Maslany Facts:
*Her ancestry includes Ukrainian, Polish, German, Austrian, and Romanian.
*She started learning and taking interest in dancing at the age of four.
*She is well known for her participation in the Canadian Improv Games.
*Follow her on Twitter, Facebook and Instagram.