Actor and performer who was born in Vietnam and adopted by a Danish family when he was 5 years old. Bonfils grew up in Denmark and later moved to London to fulfil his dream. He was known for his film roles in Jedi Master Saesee Tiin (Star Wars: Episode I – The Phantom Menace, Sky Captain and the World of Tomorrow, Body Armour and Traveller. Bonfils’s other film credits include Tomb Raider 2, Batman Begins, and the James Bond films Tomorrow Never Dies and Skyfall. He also performed in the West End: Miss Saigon at Drury Lane, Theatre Royal London and The King & I at London Palladium where he performed the lead with Elaine Paige. Kan died on January 7, 2015 while rehearsing for a play in London, aged 42. 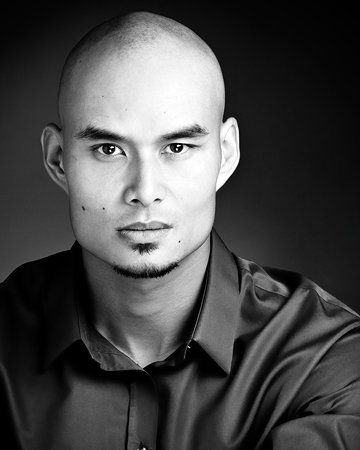 Khan Bonfils Facts:
*He was born on January 1, 1972 in Vietnam.
*He trained at the Webber Douglas Academy of Dramatic Art.
*He worked as a model for Michiko Kochino, Hermes, Oswald Boateng, and many other designers before he began a career in film.
*He played Saesee Tiin in the 1999 epic space opera film Star Wars Episode I: The Phantom Menace.
*He was a trained martial artist.