Khary Payton is an American voice actor and actor. He is best known for voicing the DC Comics character Cyborg across various films, cartoons and video games. He played Andrew in the 2003 romantic comedy Latter Days, and had a recurring role in General Hospital in 2011. Born on May 16, 1972 in Augusta, Georgia, USA, to parents Gwendolyn and Victor Payton, he began his career with a small role on the series Street Sharks in 1994. He has been married to Stacy Reed Payton since 2010. He was previously married to Linda Braddock. He has two children. 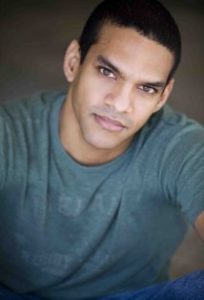 Khary Payton Facts:
*He was born on May 16, 1972 in Augusta, Georgia, USA.
*In 1986, he was a winner in Showtime’s 1st annual Kid Talent Quest.
*He portrays King Ezekiel on AMC’s The Walking Dead.
*Visit his official website: www.kharypayton.com
*Follow him on Twitter and Instagram.