Kim Richards is an American actress, former child actress, and television personality who played Prudence Everett in Nanny and the Professor, and portrayed the role of Olga in the series Little House on the Prairie. As a reality TV personality, Kim is known for her appearances on Bravo’s The Real Housewives of Beverly Hills. Born on September 19, 1964 in Mineola, New York, to parents Kathleen Mary Dugan and Kenneth Edwin Richards, she belongs to Welsh and Irish descent. She is older sister of Kyle Richards, and younger half-sister of Kathy Hilton. Kim made her acting debut in a diaper commercial when only 4 months old, and made 20 television commercials before she was even four and a half years old. She was married to G. Monty Brinson from 1985 to 1988 and Gregg Davis from 1988 to 1991. Kim is the parent of four children: Brooke, Kimberly, Whitney and Chad. 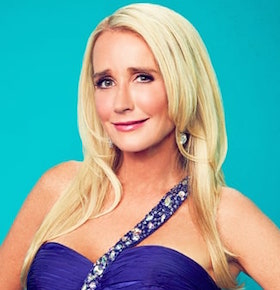 Kim Richards Facts:
*She was born in Mineola, New York on September 19, 1964.
*Her mother had breast cancer.
*She was educated at Imperial High School in Imperial, CA, class of 1983.
*She made her television series debut on the show Nanny and the Professor in 1970.
*Follow her on Twitter and Instagram.