Kimberley Nixon is a British actress. She is best known for television roles such as Sophy Hutton in the BBC One period drama Cranford, Josie Jones in the Channel 4 comedy-drama Fresh Meat and as Sarah Pearson in the BBC Two comedy Hebburn, as well as film roles such as Lindsay in Angus, Thongs and Perfect Snogging, Elise in Offender, and Kate in Wild Child. Nixon’s other notable works include Critical, New Blood, and Murder on the Blackpool Express. Born on September 24, 1985 in Bristol, England, to parents Sandra and Andrew J. Nixon, she has six brothers and is the only girl. Nixon attended Pontypridd High School and trained at the Royal Welsh College of Music & Drama. She began her career in autumn 2007, starring as the motherless Sophy Hutton in the BBC One costume drama series Cranford, opposite Dame Judi Dench. She made her stage debut in September 2008 as Griet in a tour and London run of an adaptation of Girl with a Pearl Earring. 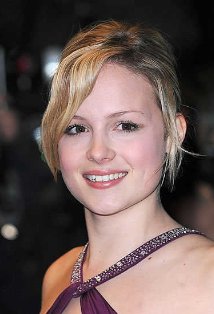 Kimberley Nixon Facts:
*She was born on September 24, 1985 in Bristol, England, UK.
*She grew up in Pontypridd, Wales with her six brothers.
*She is a former member of the National Youth Theatre of Wales.
*In May 2010, she was named one of the 55 faces of the future by Nylon Magazine’s Young Hollywood Issue.
*She is a supporter of Humanists UK.