King Von was an American rapper and songwriter who was signed to Lil Durk’s record label, Only the Family and Empire Distribution. His first album, Ca’von, was released in 2017. Von’s single “Took Her To The O (2020)” went on to become on his most popular songs. Born Dayvon Daquan Bennett on August 9, 1994 in Chicago, Illinois, he grew up on the “O-Block” on the South Side of Chicago, Illinois. He had two older brothers and a sister named Kayla B. On November 6, 2020, King Von was killed after being shot at an Atlanta nightclub. He was 26 years old. 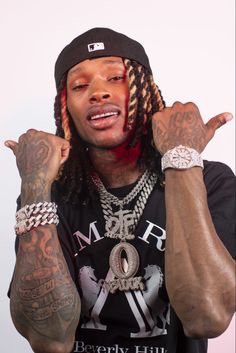 King Von Facts:
*He was born on August 9, 1994 in Chicago, Illinois, USA.
*His real name was Dayvon Daquan Bennett.
*He grew up as childhood friends with rapper Lil Durk, as well as fellow Parkway Gardens resident Chief Keef.
*He was a member of the Only the Family collective formed by rapper Lil Durk in 2011.