Jun Ji-hyun is a South Korean actress and model. She is best known for her role as The Girl in the 2001 romantic comedy film My Sassy Girl. Jun has also starred in such films as Windstruck, The Thieves, Il Mare, The Berlin File, and Assassination. Her television credits include The Legend of the Blue Sea and My Love from the Star. Her accolades include two Grand Bell Awards for Best Actress and a Daesang for Television at the Baeksang Art Awards. Born Wang Ji-hyun on October 30, 1981 in Seoul, South Korea, to parents Muk and Wang Jung-Chuck, she has a brother, Wang Sang-Jin. Jun graduated from Dongguk University with a Bachelor of Arts degree. She married Korean businessman Choi Joon-Hyuk on April 13, 2012. They have two sons. 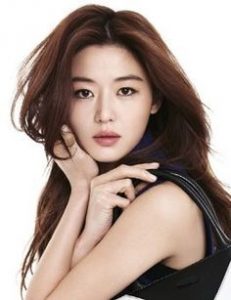 Jun Ji-hyun Facts:
*She was born on October 30, 1981 in Seoul, South Korea.
*Growing up, she had the desire of becoming a flight attendant.
*She studied in the Department of Theater and Film at Dongguk University.
*She started her career as a model for Ecole Magazine in 1997.
*She made her film debut came in White Valentine (1999).
*She is referred to as one of “The Troika” along with Song Hye-kyo and Kim Tae-hee, collectively known by the acronym “Tae-Hye-Ji”.
*Visit her official website: www.giannajun.com
*Follow her on Instagram.