Kirsten Flipkens is a Belgian professional tennis player who achieved a career-high singles ranking of World No. 13 on August 5, 2013, and a doubles ranking of world No. 23 on July 1, 2019. Turning professional in 2003, Flipkens has won one singles title on the WTA Tour, winning the 2012 Tournoi de Québec, as well as five WTA doubles titles. She also won 13 singles and two doubles titles on the ITF Women’s Circuit, and one singles title at the WTA Challenger Tour. Her best Grand Slam performance as senior was at the 2013 Wimbledon Championships, where she reached the semifinal. 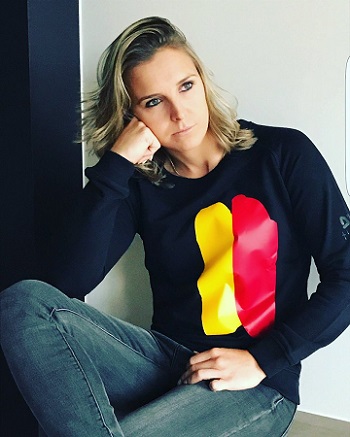 Kirsten Flipkens Facts:
*She was born on January 10, 1986 in Geel, Belgium as the only child of a car dealer and a housewife
*She started playing tennis at the age of four.
*She plays right-handed and has a two-handed backhand.
*She turned professional in 2003.
*She played her first professional match on the ITF Women’s Circuit in 2001 at the age of 15.
*She was crowned Sportswoman of the Year at the Belgian Sport Awards in 2013.
*She has a career-high singles ranking of No. 13.
*She is fluent in Dutch, English, French and German.
*Visit her official website: www.kirstenflipkens.be