Lana Condor is a Vietnamese-born American actress and dancer. She is best known for her roles as Jubilee/Jubilation in the 2016 blockbuster X-Men: Apocalypse, and Lara Jean Covey in the 2018 film adaptation of To All the Boys I’ve Loved Before. In 2017, she portrayed the role of Allison in the Lifetime television film High School Lover, alongside James Franco, Paulina Singer and Julia Jones. Born Tran Dong Lan on May 11, 1997 in Can Tho, Vietnam, she was adopted by American parents, Mary Haubold and Robert “Bob” Condor. She grew up in Chicago, Illinois; Whidbey Island, Washington; New York City; and Santa Monica, California. She has a non-biological brother named Arthur. She graduated from the Notre Dame Academy in Los Angeles, class of 2015. She also attended the Professional Performing Arts School in New York City for freshman year. She made her first movie appearance as Jubilee/Jubilation in the 2016 superhero film X-Men: Apocalypse. In 2015, she began dating actor Anthony De La Torre. 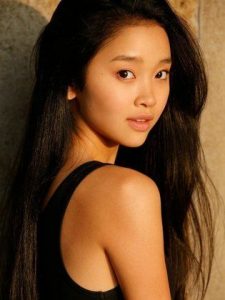 Lana Condor Facts:
*She was born on May 11, 1997 in Can Tho, Vietnam.
*She adopted by an American couple when she was 4 months old.
*She is a trained dancer.
*She is a supporter of the environmental group Heal The Bay.
*Follow her on Twitter, Facebook and Instagram.