Laura Linney is an American actress and singer who has performed on film, television, and stage. She is best known for her role as Cathy Jamison in the Showtime series The Big C and has appeared in several films, including You Can Count On Me, Kinsey, The Savages, Primal Fear, The Truman Show, Mystic River, Love Actually, The Squid and the Whale, The Nanny Diaries, Hyde Park on Hudson, Mr. Holmes, Sully, Nocturnal Animals, and The Dinner. Her theater credits include Hedda Gabler, The Crucible, Sight Unseen, Six Degrees of Separation, Time Stands Still, The Seagull, Holiday, and My Name Is Lucy Barton. In 2017 Linney began starring in the Netflix crime series Ozark. Among her awards, she has won two Golden Globe Awards and four Primetime Emmy Awards, and has been nominated for three Academy Awards and four Tony Awards. Born Laura Leggett Linney on February 5, 1964 in New York City, New York, USA, into a theatre family, her father Romulus Linney was a playwright and professor and her mother Miriam Anderson was a nurse at the Memorial Sloan Kettering Cancer Center. Her ancestry includes English, Scottish, German, and Irish. She graduated from Northfield Mount Hermon School and Brown University, and studied acting at Juilliard and the Arts Theatre School in Moscow. Linney made her film debut with a small role in Lorenzo’s Oil (1992). She has been married to Marc Schauer since May 2, 2009. Together they have one son, Bennett Armistead Schauer. She was previously married to David Adkins. 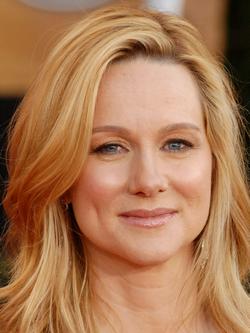 Laura Linney Facts:
*She was born on February 5, 1964 in New York City, New York, USA.
*She is the older daughter of Romulus Linney (1930-2011).
*She is of English, Scottish, German and Irish descent.
*She studied acting at the Julliard School.
*She was once a teacher for deaf and autistic children.
*She gained 20 pounds for her role in the 2004 movie Kinsey.
*She won two Golden Globe Awards for her performances in John Adams and John Adams.
*She gave birth to her son Bennett at age 49.