Actress Laura Prepon was born Laura Helene Prepon on March 7, 1980 in Watchung, New Jersey, the daughter of Marjorie, a high school teacher and Michael Prepon, an orthopedic surgeon. She is of Russian Jewish descent on her father’s side, and of Irish, English, and German descent on her mother’s side. When Laura was 14, she lost her father. She is the youngest of 5 children. She has 3 sisters and 1 brother. She studied acting at New York’s Total Theater Lab. She is best known for film roles in 2006’s Karla and 2002’s Slackers. Before acting became her profession, she was a model, working in Paris, Milan, and elsewhere in Europe. She is with the height 5 feet 10 inches in tall. She wears a size 10.5 shoe and her zodiac sign is Pisces. 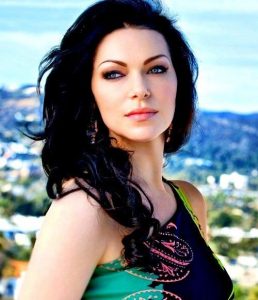 Laura Prepon Facts:
*She is a Scientologist.
*She is of Russian-Jewish and Irish Catholic descent.
*She started studying acting at the young age of 15 as well as dancing–ballet, jazz, and modern.
*She was Ranked #84 in Stuff magazine’s “102 Sexiest Women In The World” (2002).
*Her favorite actor is probably Harrison Ford.
*Follow her on Twitter, Facebook and Instagram.