Lesley Ann Warren is an award-winning actress who has starred in such films as Victor Victoria, Family of Spies, Songwriter, The Happiest Millionaire, Pure Country and Cat Ballou. She also acted in many successful television shows such as Mission: Impossible, Desperate Housewives, and In Plain Sight. She had her Broadway debut in the 1963 production of 110 in the Shade. For her performance in the 1982 film Victor Victoria, she received an Academy Award for Best Supporting Actress nomination. Before becoming a actress, she trained at the American School of Ballet. Born in New York City, New York, on August 16, 1946, to Margot and William Warren, she is the daughter of Margot and William Warren. She belongs to Russian Jewish descent. She is married to Ronald Taft. She was previously married to Jon Peters, with whom she had a son, Christopher Peters in 1968. She was in a relationship with choreographer Jeffrey Hornaday from 1980 to 1987. 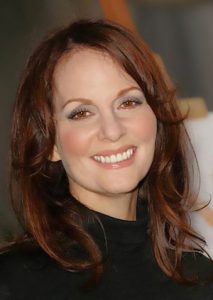 Lesley Ann Warren Facts:
*She is of Russian Jewish heritage.
*Her first major television role was Cinderella in 1965.
*She is a vegetarian.
*She is friend of Marianne Williamson.
*Follow her on Twitter.