Australian actor Liam Hemsworth is known for his role as Marcus in the Australian children’s series The Elephant Princess and as Josh Taylor in the Australian soap opera Neighbours. He played Marc in the Australian television drama series Satisfaction. He is also known for his roles in films, such as The Last Song, The Dressmaker, and The Hunger Games film series. He made his film debut in Knowing (2009). Liam was born on January 13, 1990, in Melbourne, Australia. He is the son of Leonie, a English teacher, and Craig Hemsworth, a social-services counselor, and younger brother to actors Chris Hemsworth and Luke Hemsworth. He belongs to Dutch, Irish, English, Scottish, and German descent. He has been in a relationship with singer and actress Miley Cyrus. 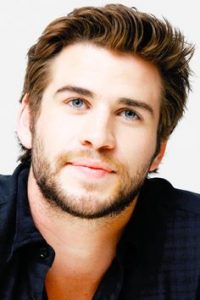 Liam Hemsworth Facts:
*He is the younger brother of actors Luke and Chris Hemsworth.
*He was named number 3 “Sexiest Man” in 2013 by Glamour.
*He used to work as a construction worker and laid wooden floors, before he took up acting.
*His favorite actors are Leonardo DiCaprio, Heath Ledger, and Paul Newman.
*Follow him on Twitter, Facebook and Instagram.