Multi-talented performer, Jason Segel is most famous for his portrayal of Marshall Eriksen in the CBS sitcom How I Met Your Mother. He can also be recognized for his roles in the television series Freaks and Geeks and Undeclared. He has played prominent roles in a number of films, including The Five-Year Engagement, Forgetting Sarah Marshall, The Muppets, Knocked Up and 2015’s The End of the Tour. He was born to Jillian, a housewife, and Alvin Segel, a lawyer, on January 18, 1980 in Los Angeles, California, USA as Jason Jordan Segel. He is of Ashkenazi Jewish descent on his father’s side, and of English, Scottish, and Irish descent on his mother’s side. He has a sister Alison and brother Adam. He was in a relationship with actress Michelle Williams from 2012 to 2013. 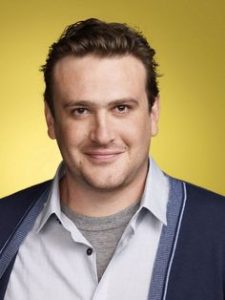 Jason Segel Facts:
*His mother is Christian, and his father is Jewish.
*He started his acting career on the cult classic television series Freaks and Geeks in 1999.
*He received a Chicago Critics Lifetime Achievement Award in 2011.
*He played basketball while in high school.
*He enjoys playing piano, and loves Disneyland.
*Follow him on Twitter.