Liam Neeson is an Irish actor. He is best known by the public for his role as Oscar Shindler in Steven Spielberg’s movie Shinlder’s List. He has also played prominent roles in the films The Grey, Taken, Batman Begins, Kingdom of Heaven, Love Actually, Clash of the Titans and Les Miserables. His accolades include an Academy Award for Best Actor, a BAFTA Award for Best Actor in a Leading Role, and three Golden Globe Awards for Best Actor in a Motion Picture Drama. He was born William John Neeson in Ballymena, County Antrim, Northern Ireland, and was raised Catholic. He is the son of Katherine Brown and Bernard Neeson, and younger brother to Rosaline, Elizabeth and Bernadette. He was married to actress Natasha Richardson, until her death in March 2009. He has two sons, Michael and Daniel. 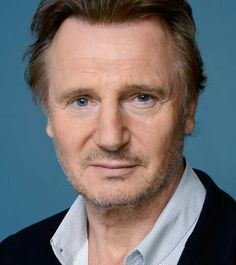 Liam Neeson Facts:
*He became U.S. citizen in 2009.
*He was ranked #74 on Empire magazine’s 100 Sexiest Stars in film history.
*He wanted to be a teacher, before becoming an actor.
*He was appointed as an Officer of the Order of the British Empire by Queen Elizabeth II.
*His favorite football clubs are F.C. Liverpool and Crystal Palace.
*He was named Liam, after local priest.
*He was an Ulster amateur senior boxing champion.
*He used to work as a truck driver.
*He quit smoking in 2003.