Dwayne Michael Carter, Jr., better known as Lil Wayne, is an American rapper, songwriter, and entrepreneur from New Orleans, Louisiana. Names Prince as one of his favorite musicians and biggest influences. Many Lil’ Wayne songs contain lyrical references to past Prince hits. More surprisingly, Wayne revealed in an interview that he’s also inspired by Kurt Cobain, having been a major Nirvana fan since childhood. Wayne was born on September 27, 1982 in New Orleans, Louisiana, USA as Dwayne Michael Carter Jr. 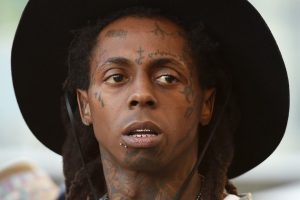 Lil Wayne Facts:
*Attends University of Houston, majoring in psychology.
*Was once a member of the group the Hot Boys.
*His favorite sports teams are the Boston Red Sox, Green Bay Packers, and Los Angeles Lakers.
*Follow him on Twitter, Facebook, Google+, YouTube and Instagram.