Lilia al-Atrash is a Syrian television actress. She is best known for the television work on series such as “Bab ElHara” (The Alley’s Gate), “Ashwak Na’ima” (Soft Thorns), and “Tahoon Elshar” (The Evil Mill). She has worked with Syrian’s leading directors such as Basil Al Khatib, Hatem Ali, Adnan Ibrahim, Bassam Al Mulla, and Arif Al Taweel. Born Lilia al-Atrash on 18 August 1977 in the city of Suwayda in Syria, she is the daughter of the legendary musician Farid Al Atrash and singer Asmahan. She has one sister named Lana al-Atrash. She began her career in the series “Maraya” (Mirrors) with the famous actor and writer Yasser Al-Azma. 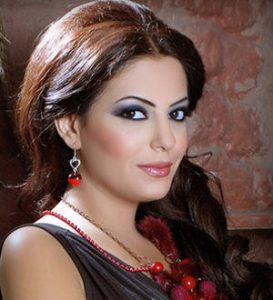 Lilia al-Atrash Facts:
*She was born on 18 August 1977 in the city of Suwayda in Syria.
*She belongs to the family of the legendary musician Farid Al Atrash and singer Asmahan.
*She started her career in 1997, appearing in the television comedy series “Maraya” (Mirrors).
*Follow her on Twitter, Facebook and Instagram.