Lilly Singh is a Canadian YouTuber, comedian, model, actress, motivational speaker, television host and writer. She is best known for her funny and satirical videos on her YouTube channel ‘IISuperwomanII’, where she has more than 14 million subscribers and growing. She was ranked #1 Highest Earning Female YouTuber by Forbes Magazine in 2017. Lilly is also known for her performance in the movie “Dr. Cabbie” and the YouTube series “Giving Back Glam”, “The Tube’s Hautest” (2014) and “Lana Steele : Make Up Spy”. She is the recipient of various accolades including; an MTV Fandom Award, four Streamy Awards, two Teen Choice Awards and a People’s Choice Award. Her first book, How to be a Bawse: A Guide to Conquering Life, was ranked #1 on The New York Times Bestsellers list. Born Lilly Saini Singh on September 26, 1988 in Scarborough, Toronto, Ontario, Canada, to Punjabi parents Malwinder and Sukhwinder Singh, she has an older sister named Tina. She graduated from York University with a degree in psychology Lilly made her film debut as a background dancer in the 2011 Bollywood film Speedy Singhs. She first joined YouTube on October 28, 2010, and received the Diamond Play Button from YouTube on her 28th birthday in 2016. 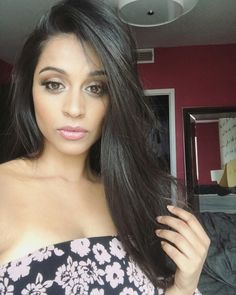 Lilly Singh Facts:
*She was born on September 26, 1988 in Scarborough, Toronto, Ontario, Canada.
*Her parents were emigrated to Canada from the Punjab.
*Widely known as IISuperwomanII.
*While growing up, she wanted to be a rapper.
*She started her YouTube channel under the pseudonym “IISuperwomanII” on October 28, 2010.
*In 2015, she participated in an advertising campaign for YouTube called ‘You Give Life Character’.
*She released her first feature film, titled A Trip to Unicorn Island in 2016.
*She ranked #10 on the 2017 Forbes list of the world’s highest paid YouTube stars, earning a reported $10.5 million.
*She ranked #1 on the Forbes Top Influencers List in the entertainment category in 2017.
*She released her first book, How to be a Bawse: A Guide to Conquering Life, in March 2017.
*She was named one of the 40 most powerful people in comedy 2019.
*She has her own lipstick with the company Smashbox.
*She has worked with a number of other popular YouTubers such as Colleen Evans, Ryan Higa, Grace Helbig, Connor Franta and Jenna Marbles.
*Visit her official website: www.lillysingh.com
*Follow her on Twitter, YouTube, Facebook and Instagram.