Lindsay Clubine is an American model and television personality, best known as case model #26 on the hit NBC series Deal or No Deal. She was featured in People magazine’s “100 Most Beautiful People.” Born on January 7, 1983 in Kansas City, Missouri, she is the oldest of three children, with sisters Allie and Hayley. On November 14, 2009, she married Boston Red Sox Pitcher Clay Buchholz. They have three children together, daughters Landri Grace and Colbi Dawn, and son Jax Daniel. 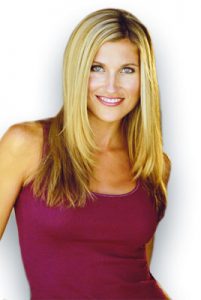 Lindsay Clubine Facts:
*She was born on January 7, 1983 in Kansas City, Missouri, USA.
*She is the oldest of three children.
*Best known as a model on the game show Deal or No Deal.
*Visit her official website: www.lindsayclubine.com
*Follow her on Twitter, Facebook and Instagram.