Lisa Bonet is an American actress. She is best known for her portrayal of Denise Huxtable on television series, The Cosby Show and A Different World. She played supporting role in the 1998 film Enemy of the State with Will Smith. She was nominated for three Young Artist Awards for her work on The Cosby Show from 1984 to 1992. Born Lisa Michelle Boney on November 16, 1967 in San Francisco, California, USA, to Arlene Joyce and Allen Bonet, she belongs to African American and Ashkenazi Jewish descent. Her parents got divorced when she was young, and she began acting in local TV commercials at the age of 11. She attended Birmingham High School and Celluloid Actor’s Studio in North Hollywood where she majored in acting. She is married to Jason Momoa with whom she has two children. She was previously married to singer Lenny Kravitz from 1987 to 1993. 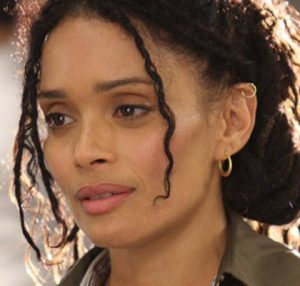 Lisa Bonet Facts:
*Her father was African-American and her mother was Ashkenazi Jewish.
*She had her name legally changed to Lilakoi Moon in 1995.
*She spent most of her life in New York and Los Angeles.
*She is a vegetarian.