Brittany Snow is an American film and television actress and singer. She is best known for television roles as Meg Pryor on American Dreams, Daisy Lemay on Guiding Light and Jenna Backstrom in the NBC television series Harry’s Law. She is also known for her roles in the films John Tucker Must Die, Hairspray, Prom Night, The Vicious Kind, Pitch Perfect, Pitch Perfect 2 and Pitch Perfect 3. For her work in the film Prom Night, she received a Teens Choice nomination. Born Brittany Anne Snow on March 9, 1986 in Tampa, Florida, USA, to John and Cinda Archer Snow, she has a half-brother and a half-sister. She began modeling when she was 3, appearing in Burdines newspaper advertisements. She is a 2004 graduate of Gaither High School. She was in a relationship with actor Tyler Hoechlin from 2012 to 2013. 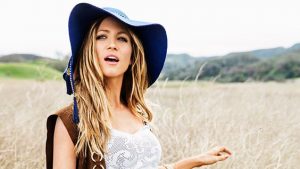 Brittany Snow Facts:
*She began modeling at the age of 3.
*She won a Young Artist Award for her work on the CBS series Guiding Light.
*She was ranked #23 on the 2011 Maxim list of Hot 100 Women.
*She is best friends with actresses Arielle Kebbel, Jessica Stroup, Sophia Bush and Vanessa Lengies.
*Her favorite actresses are Reese Witherspoon, Natalie Portman and Meg Ryan.
*Follow her on Twitter, Facebook and Instagram.