Lisa Goldstein is an American actress of film, television, and theatre. She is best known for her portrayal of Millicent Huxtable on The WB/CW television drama One Tree Hill. She has also appeared in the 2008 independent film Who Do You Love? and Drop Dead Diva (2013). Born Lisa Erin Goldstein on July 30, 1981 in Long Island, New York, she grew up in London, Pennsylvania, New York, North Carolina, California and Florida. She attended Hingham High School in Hingham, Massachusetts. After graduating from Hingham High School in 1999, Goldstein attended Elon University, where he earned a degree in Music Theatre in 2003. After college, she worked at regional theaters in several musicals, including Smokey Joe’s Cafe, Victor Victoria and Anything Goes. She has been married to Brendan Kirsch since April 16, 2011. Together they have one son, Flynn Robert Kirsch. She has also a step-daughter named Gracie Elizabeth Kirsch. 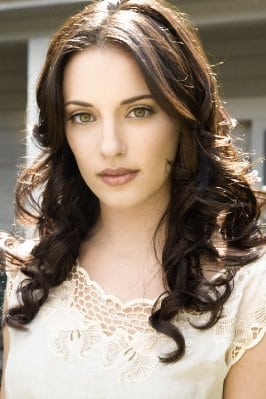 Lisa Goldstein Facts:
*She was born on July 30, 1981 in Long Island, New York, USA.
*She lived in London, England until the age of four.
*She earned her BFA in musical theater at Elon University.
*Her husband, Brendan Kirsch, is a sports coordinator.
*She enjoys yoga, pilates, skiing and spending time with her close friends.