Lisa Vidal is an American actress of Puerto Rican descent. She is best known for her roles in television, such as High Incident, The Division, ER, The Event, and Third Watch, and in the films The Third Twin, The Taking of Pelham One Two Three, Odd Girl Out, and the 2007 Dark Mirror. She played Barracks Officer in the 2009 blockbuster Star Trek. She began starring in the BET television series Being Mary Jane in 2013. Lisa was born on June 13, 1965 in New York City, New York, to Manny Vidal, a tax consultant and businessman, and his wife Josie, a secretary, both of Puerto Rican ancestry. Her sisters Christina, and Tanya are also actors and have appeared on TV and in theatre; she also has a brother, Christian. Since 1990, she has been married to Jay Cohen, with whom she has three children. 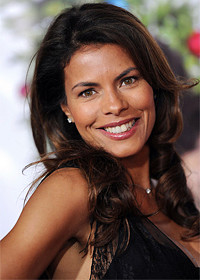 Lisa Vidal Facts:
*She belongs to Puerto Rican descent.
*Her mother Josie was a secretary and her father Manny Vidal was a tax consultant and a businessman.
*She is the older sister of actress Christina Vidal.
*She made her feature film debut in the 1984 dance movie Delivery Boys.
*She owns a children’s clothing store in Studio City, California, called Oodles.
*She is a close friend of Rosa Blasi.
*Follow her on Twitter and Instagram.