Joyce Ilg is a German actress, presenter, comedian and model. She is best known for her performances in the German television shows Alarm for Cobra 11: The Highway Patrol and The Teacher. She was appeared in a 2009 episode of the German reality culinary show The Perfect Celebrity Dinner. She is also a social media star. On June 13, 2013, she launched her first YouTube channel ‘Joyce’, which has accumulated over 1.2 million subscribers. Joyce was born on October 12, 1983 in Cologne, Germany. She has been in a relationship with German comedian Luke Mockridge. 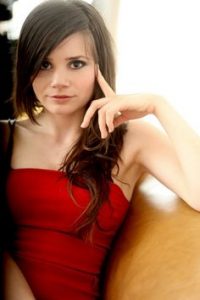 Joyce Ilg Facts:
*She was born and raised in Cologne, Germany.
*She made her screen debut in a 2005 episode of the German soap opera Unter Uns.
*As a model, she has appeared for several advertisements under leading brands such as Sony Ericsson, Bruno Banani and Xbox 360.
*Follow her on Twitter, Facebook and Instagram.