Logan Paul is an American social media personality, actor, boxer, director and musician who first achieved fame through videos shared on the smartphone app Vine. He later moved to Facebook and YouTube after the platform’s shutdown. Paul has appeared in the films The Thinning, Where’s the Money and The Space Between Us, and has made guest appearances in a number of television shows such as Law & Order: Special Victims Unit, Stitchers and Weird Loners. He starred in an AwesomenessTV web series titled Foursome in 2016. In 2019, Paul wrote, produced and starred in Airplane Mode. One of most popular figures on YouTube and other social media platforms, Paul has amassed more than 19.8 million subscribers to his YouTube channel. His Facebook has amassed more than 15 million followers as well as 16.4 million Instagram followers. Born Logan Alexander Paul on April 1, 1995 in Westlake, Ohio, to parents Pam Stepnick and Greg Paul, he was raised in Cleveland. His ancestry includes English, Irish, German-Jewish, Scottish, and Welsh. His younger brother, Jake Paul, is also a popular web personality. Paul attended Westlake High School, where he achieved the ranks of the Plain Dealer’s All-Star linebacker on the football team in 2012, and qualified for the state-level Ohio High School Athletic Association (OHSAA) 2013 Division I Wrestling Individual Championships. He later got admission at the Ohio University on a full academic scholarship as an engineering student. In 2018, Paul began dating Chloe Bennet. 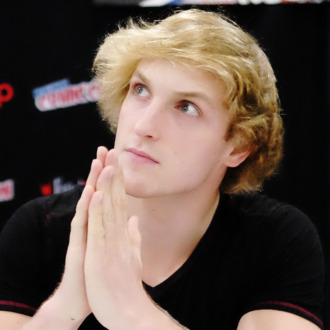 Logan Paul Facts:
*He was born on April 1, 1995 in Westlake, Ohio, USA.
*He is the older brother of Jake Paul.
*He started posting videos on YouTube at the age of ten.
*He is a former State Champion wrestler from Westlake, Ohio.
*His production company “Maverick Media” is named after his pet parrot.
*In 2018, Paul joined the live streaming platform Twitch.
*He is close friends with fellow YouTube stars Amanda Cerny and Andrew Bachelor.
*Visit his official website: www.loganpaul.com
*Follow him on Twitter, YouTube, Facebook and Instagram.