Lorna Laidlaw is a British actress. She is best known for her portrayal of Mrs Tembe in the BBC soap opera Doctors, and for her role as Aggie Bailey in the ITV soap opera Coronation Street. She had a recurring role of Miss Smiley in the children’s series Grandpa in My Pocket from 2009 to 2014. Born on February 1, 1963 in Birmingham, United Kingdom, Laidlaw joined a local youth theatre at the age of 15 and went on to train as a social worker. She has two children. 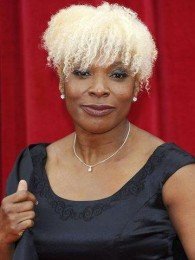 Lorna Laidlaw Facts:
*She was born on February 1, 1963 in Birmingham, United Kingdom.
*She made her television debut in the 1990s.
*She became a regular in children’s shows ‘Tikkabilla’ and ‘Grandpa in my Pocket in the 2000s.
*In 2012, she was named best actress by the Royal Television Society Midland awards for her performance in Doctors.
*Follow her on Twitter.