Louise Anne De Courcy Thompson, born March 26, 1990, is a British reality television personality. She is best known for appearing in the E4 reality series Made in Chelsea. In 2015, she appeared in the second series of The Jump where she finished fourth. Louise is known for her sharp fashion sense, and is a big fan of Peter Pan collars and oversized handbags. She was born in South Kensington, London as Louise Anne De Courcy Thompson. She has a brother, Sam. 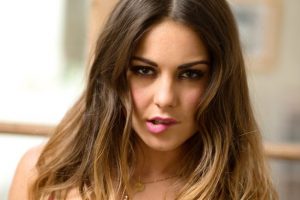 Louise Thompson Facts:
*She has launched her own clothing range under the label of “Pocket London”.
*She got her chance in Made in Chelsea, while she was still studying geography at the University of Edinburgh.
*She has fronted campaigns for Boux Avenue, Cadbury’s Crème Egg, Magnum Mini’s, Goddiva, and Gorgeous Couture.
*Follow Louise Thompson on Twitter and Instagram.