LuAnn de Lesseps, known as Countess LuAnn or The Countess is an American reality television personality, recording artist, and former fashion model best known for her appearances on the Bravo show The Real Housewives of New York City. As a singer, she released her song “Money Can’t Buy You Class” in 2010. LuAnn was born as LuAnn Nadeau on May 17, 1965 in the USA. She is of Algonquin and French descent on her father’s side, and of French Canadian descent on her mother’s side. She has six siblings. She married French entrepreneur Alexandre de Lesseps in 1993, and the couple had two children together: Victoria and Noel before getting divorced in 2009. 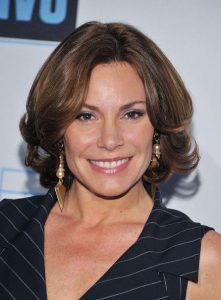