Filipina actress, host and politician who is the current representative of the 4th District of Leyte, and is a member of the PDP–Laban. Lucy was cast in the ABS-CBN television series Richard Loves Lucy and hosted such talk shows and reality programs as All About You, Shall We Dance?, and The Sweet Life. Lucy started her political career as a Liberal Party representative of the Fourth District of Leyte, Philippines in 2010. 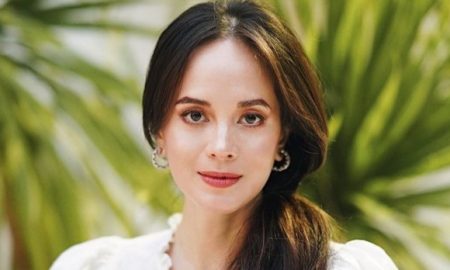 Born Lucy Marie Martinez Torres on December 11, 1974 in Ormoc, Philippines, to parents Manuel “Manoling” Torres, Jr. and Julie Martínez, her siblings are Caren, Jules, and Matthew. Lucy completed her elementary and high school at St. Peter’s College in Ormoc City and earned a degree in business management from the University of the Philippines Cebu, then a college of University of the Philippines Visayas. She is married to actor Richard Gomez with whom she has a daughter named Juliana.

Lucy Torres Facts:
*Born on December 11, 1974 in Ormoc, Philippines, she of Malay, Chinese, German, and Spanish heritage.
*Her family owned several hectares of land in the province.
*She studied business at the University of the Philippines-Cebu, and became a model and spokesperson for Lux hair products.
*Along with her now husband, actor Richard Gomez, Lucy was introduced as the new model for Lux shampoo in 1993.
*She was elected representative of the 4th District of Leyte in 2010.
*Follow her on Twitter, Facebook and Instagram.