Luis Suarez is a Uruguayan professional footballer who plays for Spanish club Atlético Madrid and the Uruguay national team as a Striker. One of the best strikers in the world, Suarez began his career playing for Nacional, and helped Nacional win the 2005–06 Uruguayan league with 10 goals in 27 matches. At age 19, Suarez signed for Groningen, before transferring to Ajax in 2007. In 2011, he joined Premier League club Liverpool, and won the League Cup in his first full season. In 2014, Suárez moved to Barcelona in a transfer worth €82.3 million (£64.98 million), making him one of the most expensive players in football history. He signed for Atlético Madrid in 2020, winning his fifth La Liga title on his debut season. At international level, Suárez is Uruguay’s all-time leading goalscorer, and has represented his nation at three editions of the FIFA World Cup and Copa América, as well as the 2012 Summer Olympics and the 2013 FIFA Confederations Cup. 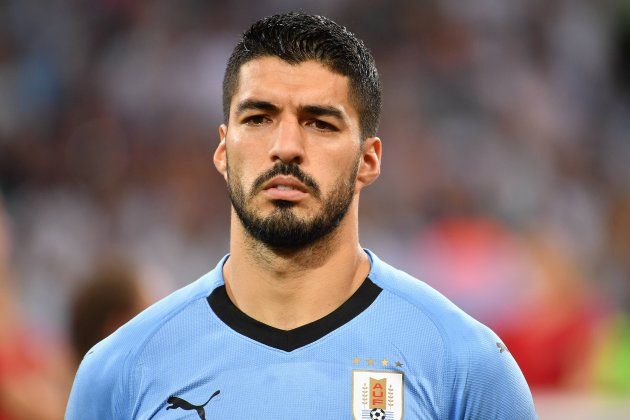 Born Luis Alberto Suárez Díaz on January 24, 1987 in Salto, Uruguay, to parents Sandra and Rodolfo Suarez, Luis and his family shifted to Montevideo when he was 7. His brother Paulo Suárez is also a professional footballer. He was educated at Orchard View High School and Muskegon Community College. He married his childhood sweetheart Sofia Balbi, in 2009. They have a daughter named Delfina and two sons named Benjamin and Lauti.

Luis Suarez Facts:
*Born on January 24, 1987 in Salto, Uruguay, his parents separated when he was 9.
*His older brother Paolo Suarez is also a professional soccer player.
*He made his debut for Nacional at the age of 18 in a match against Junior de Barranquilla.
*He signed a five-year contract with Ajax in 2007, and won the 2010-2011 Eredivisie League Trophy with Ajax.
*He joined FC Barcelona in 2014.
*In a 2010 World Cup match against Ghana, Suarez blocked a sure goal with his hands; he was sent off, but his team went on to win the match.
*He has caused controversy with his biting incidents, such as when he bit Giorgio Chiellini during their 2014 FIFA World Cup match against Italy.
*His autobiography was published by the name Crossing the Line – My Story in 2014.
*He began playing for Atlético Madrid in 2020.
*Visit his official website: www.luissuarez9.com
*Follow him on Twitter, YouTube, Facebook and Instagram.