Perrie Edwards is an English singer, best known as a member of the British girl group Little Mix. The group was formed in 2011 during the eighth series of the British version of The X Factor and became the first group to win the competition and have since sold over 60 million albums and singles worldwide, making them one of the best-selling girl groups. 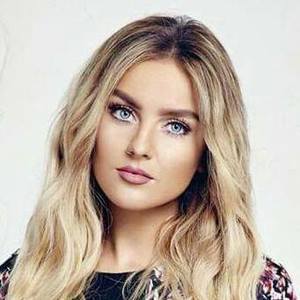 Born Perrie Louise Edwards on July 10, 1993 in South Shields, United Kingdom, to parents Debbie and Alexander Edwards, she has an older brother named Jonnie and a younger half sister named Caitlin. She has been dating soccer player Alex Oxlade-Chamberlain since 2016. She previously dated Zayn Malik (2012-2015), Joe Sugg (2015), and Luke Pasqualino (2016).

Perrie Edwards Facts:
*Born on July 10, 1993 in South Shields, United Kingdom, she is of Swedish, Irish, Scottish, and English descent.
*She was named after Steve Perry from the band Journey.
*She performed at school singing shows.
*The youngest of the girl group Little Mix, a British girl group formed in 2011 during the eighth series of the British version of The X Factor.
*She has esophageal atresia, which is responsible for a bisectional scar on her stomach, and anosmia.
*She was once engaged to former One Direction member ‘Zayn Malik‘.
*Follow her on Instagram.