Luke Hemmings is an Australian singer-songwriter and musician. He is best known as the lead vocalist and guitarist of the Australian pop rock band, 5 Seconds of Summer whose debut single “She Looks So Perfect” topped the charts topped the charts in four countries; Australia, New Zealand, Ireland and the UK. The band was nominated for two Billboard Music Awards in 2015. Born Luke Robert Hemmings on July 16, 1996 in Sydney, Australia, to parents Liz and Andrew Hemmings, he has two older brothers named Ben and Jack. He has been dating pop singer Sierra Deaton. He previously dated social media influencer, Arzaylea Rodriguez. 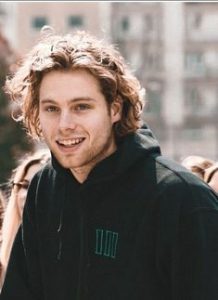 Luke Hemmings Facts:
*He was born on July 16, 1996 in Sydney, Australia.
*He started making YouTube covers in February 2011.
*He was discovered by One Direction’s, Louis Tomlinson on YouTube.
*He has a pet dog named Molly.
*He has a celebrity crush on Mila Kunis.
*His net-worth is estimated to be $25 million. (As of 2020)
*He enjoys snowboarding.
*Visit his band’s official website: www.5sos.com
*Follow him on Twitter, Facebook and Instagram.