Madeleine Stowe is an American actress of film and television. She is best known for her role as Victoria Grayson on the ABC drama series Revenge and has appeared in several films, including 12 Monkeys, Short Cuts, Saving Milly, We Were Soldiers, The Last of the Mohicans, Octane, Stakeout and The Two Jakes. She received the National Society of Film Critics Award for Best Supporting Actress for her role in the 1993 independent film Short Cuts. Born Madeleine Marie Stowe Mora on August 18, 1958 in Los Angeles, California, to parents Mireya and Robert Alfred Stowe, she grew up in Eagle Rock, a working-class neighborhood of Los Angeles. She made her debut in 1978 in an episode in the detective series Baretta, and made her film debut in the 1981 crime drama Gangster Wars. Stowe had her breakthrough in 1987 while portraying Maria McGuire in the crime-comedy film Stakeout. She has been married to Brian Benben since August 8, 1982. Together they have one daughter, May Theodora Benben. 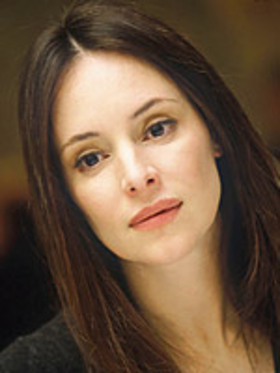 Madeleine Stowe Facts:
*She was born on August 18, 1958 in Los Angeles, California, USA.
*At age 10, she started practicing for a career as a concert pianist and trained every day for hours.
*She studied cinema and journalism at University of Southern California.
*From 2011 to 2015, she played Victoria Grayson in the ABC drama series Revenge.
*People Magazine named her one of the Most Beautiful Women of the World in 2012. (#5)
*She met her future husband, Brian Benben, on the set of the NBC miniseries The Gangster Chronicles.