Ana Colchero is a Mexican actress, writer and economist. She is best known for starring in such telenovelas as Corazón salvaje, Valeria y Maximiliano, Yo no creo en los hombres, and Isabella, Mujer enamorada. She has also appeared in the films El columpio del diablo, Las delicias del matrimonio, No hay quinto malo, and Rosa de dos aromas. Her theater credits include La maestra milagrosa, Don Juan Tenorio and Los derechos de la Mujer. Born Ana Colchero Argones on February 9, 1968 in Veracruz, Mexico, to parents Ana María Aragonés Castañer and Fernando Colchero, she has three younger siblings, Fernando, Arantxa and Patricia. She studied economics in México and studied acting in Montpellier, France. Colchero made her telenovela debut at the age of 19 with Televisa. In 2000, she married anthropologist José del Val 18 years her senior, whom she divorced later on. She retired from acting in 2002. 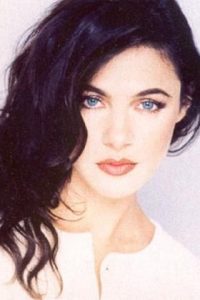 Ana Colchero Facts:
*She was born on February 9, 1968 in Veracruz, Veracruz, Mexico to Spanish immigrants, mother from Barcelona, father from Madrid.
*She is the oldest of four children.
*She made her first performance in the telenovela with Televisa at the age of 19.
*Picasso and Diego Creek are her favorite painters.
*Follow her on Twitter, YouTube, Facebook and Instagram.