Madison Beer is an American singer who became recognized after pop star Justin Bieber shared a link to her video. She later became signed to Island Def Jam. Born as Madison Elle Beer in Jericho, New York, USA, Maddie is the daughter of Robert Beer, a luxury home builder, and Tracie Beer, an interior designer. She has a younger brother named Ryder. She dated Jack Gilinsky from 2015 to 2017. 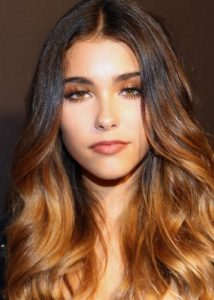 Madison Beer Facts:
*Her parents separated when she was young and her dad remarried.
*She gained much publicity after Justin Bieber shared a link to her video.
*She was signed to Island Def Jam Records by Justin Bieber.
*Catch Madison on Twitter, YouTube, SoundCloud, Google+, Tumblr, iTunes, Facebook and Instagram.