Maiara Walsh is a Brazilian American actress and singer. She is best known for her roles as Meena Paroom in the Disney Channel sitcom Cory in the House, Ana Solis in the sixth season of the ABC show Desperate Housewives, and as Simone Sinclair in the ABC Family series Switched at Birth. Walsh has also appeared in such films as The Prankster, General Education, The Starving Games, Vanish, and Babysplitters. Born Maiara Kylior Walsh on February 18, 1988 in Seattle, Washington, to a Brazilian mother and American father, Maiara and her family moved to Sao Paulo, Brazil when she was two years old. At eleven, she moved to Simi Valley, California, to pursue her acting career. Maiara made her film debut in Lullabye Before I Wake (2008). 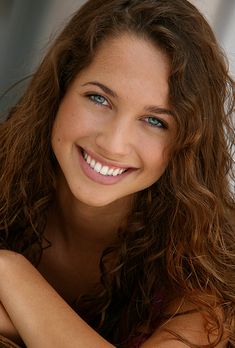 Maiara Walsh Facts:
*She was born on February 18, 1988 in Seattle, Washington, USA.
*Her father is of Irish, German, and Swedish descent, and her mother is Brazilian.
*When she was two, her family moved to Sao Paulo, Brazil.
*At 11, she moved to Simi Valley, California to pursue her acting career.
*She is fluent in Portuguese and is proficient in Spanish.
*She has studied under booking coach Amy Lyndon.
*She is a human rights activist.
*Her hobbies include spending time outdoors, reading, and traveling.
*Visit her official website: www.maiarawalsh.com
*Follow her on Twitter, Facebook and Instagram.