Malcolm David Kelley is an American singer, songwriter, rapper and actor, best known for his role as Walt Lloyd in the ABC television series Lost. From 2010-11, he starred as Finn Katins on the TeenNick show Gigantic. He is also half of the group MKTO (Misfit Kids and Total Outcasts) with his co-star Tony Oller. Born on May 12, 1992 in Bellflower, California, he spent eleven months in foster care before being adopted by Patricia and Gary Kelley. His sister Sydney was adopted by the family two months later. Kelley made his film debut in 2002 with biopic Antwone Fisher playing the role of Antwone Fisher Age 7. In 2012, Kelley and his former Gigantic co-star Tony Oller joined up to form the pop duo MKTO. Their debut single “Thank You”, reached #2 on the Australian charts and #7 on the New Zealand charts. 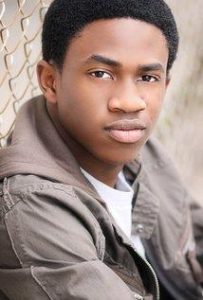 Malcolm David Kelley Facts:
*He was born on May 12, 1992 in Bellflower, California, USA.
*He played basketball and soccer in his school days.
*He was a class treasurer in his middle school.
*In 2012, he formed the musical duo MKTO (Misfit Kids and Total Outcasts) with Tony Oller.
*Follow him on Twitter, Facebook and Instagram.