Mara Venier is an Italian actress and television presenter. She is best known for her role as Teresa in the 1982 Italian comedy film Testa o Croce. She also starred in Pacco, doppio pacco e contropaccotto, Evil Thoughts, Zappatore, Al bar dello sport, Chewingum, Torno a vivere da solo, Sweets from a Stranger, and Delitti e profumi. She debuted as television presenter in 1990, at age 38, in the musical show Una rotonda sul mare. She made her feature film debut in 1973. She has also been featured on the cover of a number of publications including the July issue of Oggi. Born Mara Povoleri on October 20, 1950 in Venice, Veneto, Italy, to Elsa Masci and Giovanni Provoleri, she has one younger sister named Roberta. On June 28, 2006, she married Nicola Carraro. She was previously married to Jerry Calà and Francesco Ferracini. 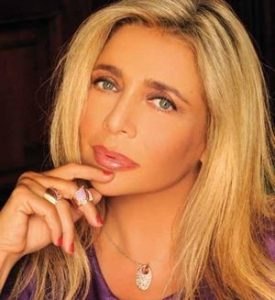 Mara Venier Facts:
*She was born on October 20, 1950 in Venice, Veneto, Italy.
*She made her debut with a lead role in the TV-series Diario di un italiano.
*Played Teresa in Nanni Loy’s Testa o Croce.
*Follow her on Instagram.